You are here: Home / Business / 6 Signs That Your Company Culture May Be Stifling Your Business Success 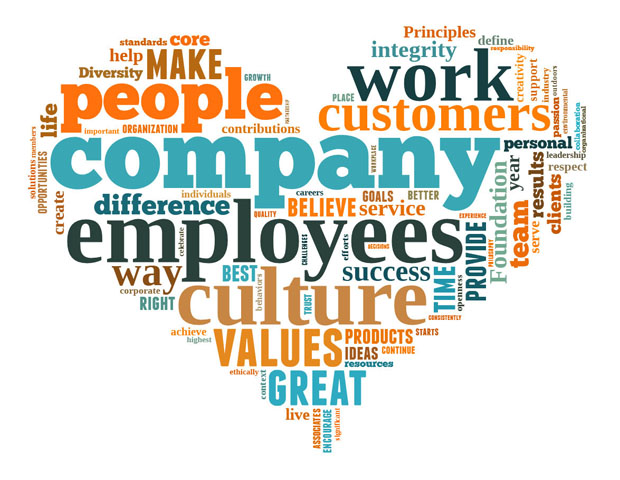 I’ve found that creating and sustaining a culture that drives business success is one of the greatest challenges an entrepreneur or small business owner faces. A company’s culture is built on the business values upon which the company operates, usually, based on the owner’s own values.

But culture evolves as much from the attitudes and philosophies that are used to direct and manage the company.…less from what is said, more from what is done. Lou Gerstner, former chairman and CEO of IBM and RJR Nabisco, in a great article about culture in the Wall Street Journal, notes “people do not do what you expect but what you inspect.”

So, by your attitudes and philosophies, you may be sending subtle (or not so subtle) messages to your team that is stifling both your culture and your ultimate success.

Let me address six of the more prevalent ones I’ve seen, and the symptoms that define them. See if any of them sound like they come from your company. They could easily derail even the greatest of success plans and erode a company culture; multiples could mean you need to re-think where your culture is, and is heading. Your success depends on it!

No Accountability, But Lots of Blame

This happens when your team’s roles and responsibilities haven’t been clearly defined, or they haven’t been given the authority to carry them out; or, sometimes, both. To have accountability, you need both.

Undefined roles or positions without power either creates an environment of people feeling powerless or, worse, one of “finger-pointing” and finding blame, rather than solutions.

It drives employees away and, ultimately, pushes decision-making “up the chain,” usually, right to your desk.

You Have People And Processes That Have Passed Their Expiration Date

As entrepreneurs, we all remember the old days, when it was just you and, that first employee (we’ll call him “Fred”) and whatever sales you could eke out. When you just “did” stuff without worrying about documenting it or formalizing it. How many “Freds” and old worn-out processes still exist that have long outlived their usefulness?

Is it time for the company to re-think some people who no longer contribute and upgrade some processes like getting a payroll service instead of counting on you to do it? Or taking a very manual and tedious report creation process that’s been around since the company started that could easily be upgraded and be more efficient with a commercial software product? The rest of your team sees this and sees a company looking backward.

Negotiations Are War, And We Always Win

Are all negotiations whether with suppliers, customers, or even employees a zero-sum game, where there is always a winner and a loser, rather than “win-win?”

This kind of macho attitude, invariably, emanates from the owner (hey, your values and beliefs drive culture, positive or negative) and it will find its way into the mainstream of the company, pushing a lot of external and internal relationships to becoming toxic.

This is a very prevalent attitude in technology companies, especially where the entrepreneur is the product visionary or developer. For them, the hard part is creating a “knock your socks off” product. The easy part is selling it.

Good Customer Service Is “No Complaints”

On countless occasions, when asked about customer service levels, small business owners have told me “it must be good; we don’t get any complaints.”

Often, companies (and their owners) feel that “good customers” are the ones they don’t hear from. In fact, quite the opposite is true. The more you engage customers, the more they will tell you, both good and bad, about your service levels. It’s the lack of engagement that often leads to customers, sometimes valuable, long-term ones, moving on, because they haven’t been heard.

It’s Good To Be King

There is no bigger example of how attitudes and philosophies drive culture than right at the CEO’s office. While business is never a democracy, it can’t be a monarchy, having a different set of rules for you than the rest of the employees. It can’t be, “do as I say, not as I do.”

It’s important to give credit where credit is due, no matter how insignificant. Celebrating small victories – projects completed, advancements made, situations corrected by someone on the team – is crucial.

These six attitudes and philosophies can impact your culture and inhibit both short- and long-term business success. Sometimes, you may have missed them. They may have evolved, and you weren’t paying attention.

No matter how they came about, any one of them can be detrimental. Nothing will stall growth more than cultural impact. Maybe it’s time to see if your culture, your direction and your  management style are in synch. Your business success depends on it!